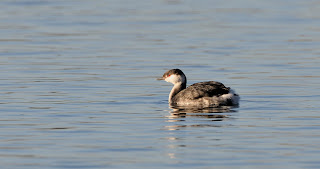 This Slavonian Grebe was found at Priory Country Park in Bedford, and being not too far away and a couple of hours spare I made the trip up there. There were plenty of Great crested grebes present but I couldn't see the Slavonian anywhere. I headed along to the shingle 'beach end and it was there that I spied it,  it was staying near a group of Tufted duck and fairly close in to the bank, the only problem was that the sun was directly behind and the bank side plant obscured any chance of a frame filling image. 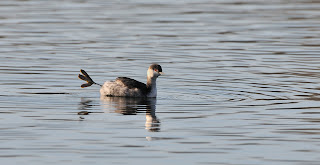 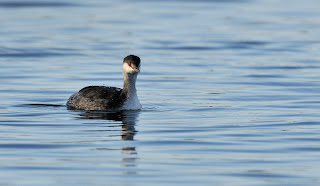 But I set myself up for a patient wait and hoped it would move to a better position which it duly did, and I was able to grab some shots. The piercing red eyes really shone when the sun hit them, YES I did say sun!... one of those rare weather days I seem to experience. It was actively catching small fish, but had to keep an eye out for the dominating Great crested grebes as well as the Black headed gulls. as it surfaced with a fish it would then have to dive back under as the gulls pounced on it. 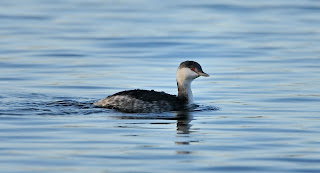 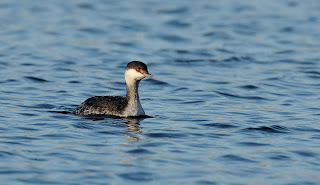