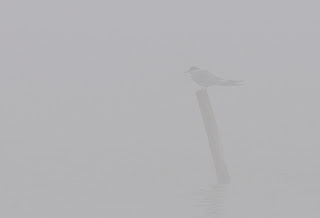 This is a compilation of images taken over the last 3 visits in May 2013, obviously the Spoonbill stole the limelight, this lot just took a back seat till now. The above image of the Common Tern was on the 1st May, on arrival my Dad and I were faced with a thick fog which took just over 3 hours to lift before you could see clearly enough. I liked the barely viewable scene and couldn't resist a shot, also capturing the Spoonbill in similar effect (although not on the post). 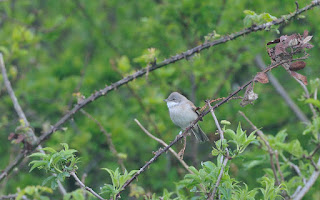 There were probably 3 different Common Whitethroats holding territory, and as usual not wanting to show themselves for the camera on most occasions. 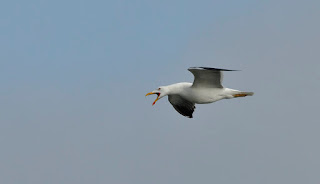 The resident pair of adult Lesser Black Backed Gulls were still around although not present on the island as much, probably due to the harassment from the terns and resident nesting pair of Mute swans calling the island home, the first nest among the juncus grasses seemed adequate but was then abandoned for the island?, perhaps the water drying up around the original nest moved them? Back to the gulls, there seems to be a lot of younger Lesser Black Back's frequenting the site recently, but never staying for long. 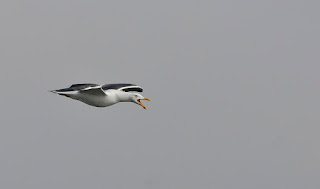 The pair of Little Ringed Plover were still present, moving from the small scrapes to the island. No sign of Ringed Plover this year though. 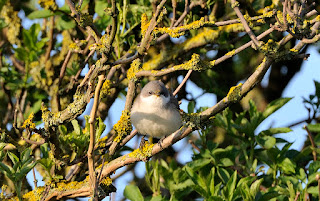 A great new addition for the site was a Lesser Whitethroat, which I noticed moving along the hedgerow and being harassed by a Sedge Warbler. I patiently watched and waited until it came to the outer edge and snapped a couple of shots. 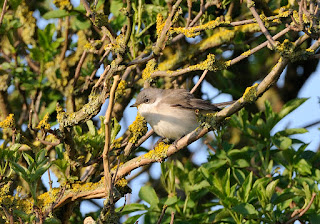 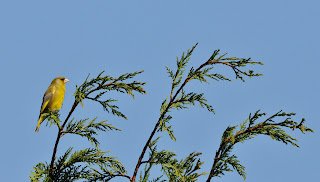 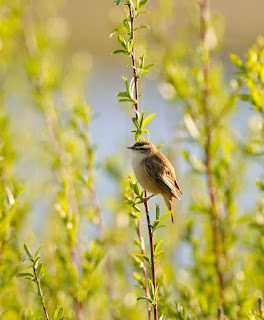 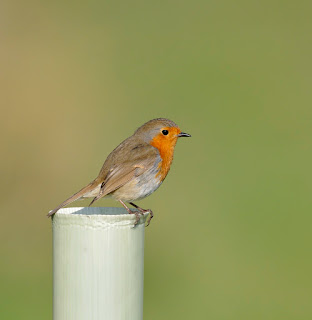 A very slow and obscured approach bagged me a couple of shots of a Green Woodpecker, this flighty species is normally long gone before I even attempt at a distant record shot, so this was a bonus getting so close, and looked nice against the carpet of purple. 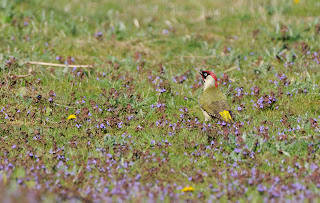 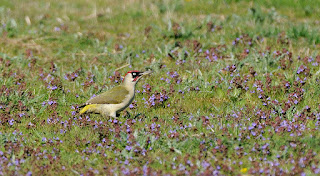 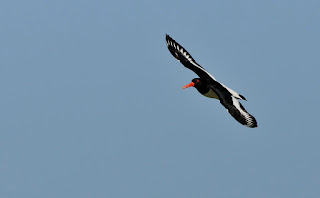 This Oystercatcher was seeing off a 3rd bird which ventured too close to its partners nest, mind you the main worry for the Oycs' is the Mute swans as they clumsily move around their nest, I hope that doesn't end in disaster!
Other waders still present were 3 Common Sandpipers, Redshank, Lapwing and the odd appearance of a Dunlin. 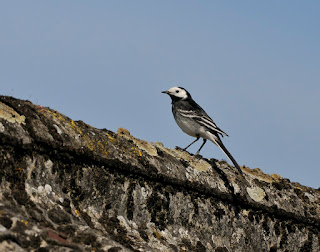 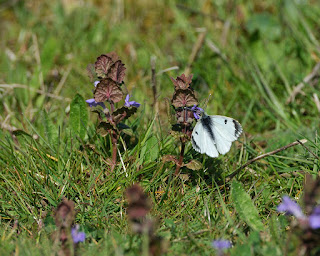 The butterflies had been quite numerous, mostly Peacocks and a couple of Small Whites. It wont be long before the macro lens get some use. 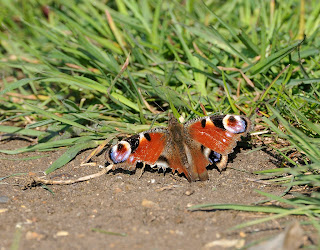 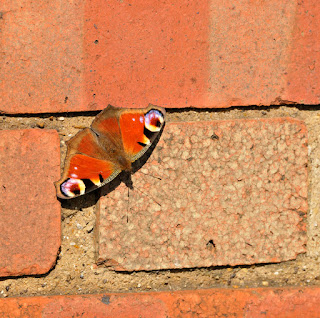