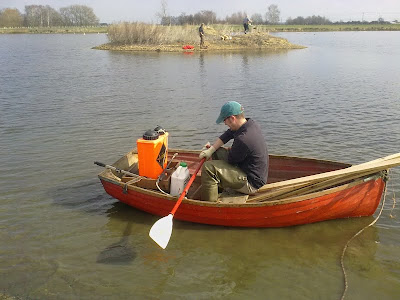 "Steve about set off to the island"

The time had come to help Bev with clearing the island for the breeding season. Steve Blain and I had planned to help the previous Sunday, but heavy rain put a stop to that. In total contrast this Sunday turned out to be a scorcher and so we began.

We were joined by Dave, who was to be the 'Boatman', and he made short work of reaching the island. We then set about pulling the boat from bank to bank by rope instead of rowing. This worked well and whilst Bev set about clearing the vegetation we hauled over the nesting platforms and tools. 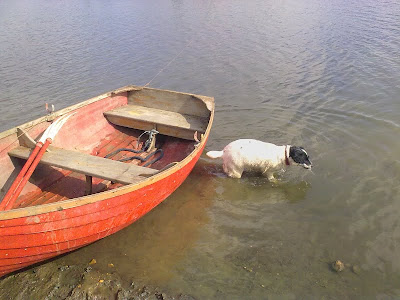 One of Bevs dogs wanted to join him on the island, even jumping in the boat on one ocassion, but it kept itself content by attacking the rope as it was pulled back and forth. Now let it be known I do not like deep water !(seen Jaws too many times), if I cant see the bottom then I am not comfortable, and in a few places I could see the edge just drop off. So when it was my turn to join the 3 of them on the island I was none to keen in getting in the boat alone....but up stepped boatman Dave and he came across and picked me up. "Cheers Dave it was much appreciated". 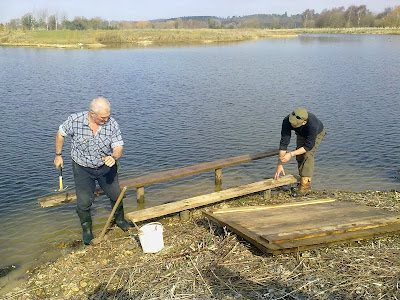 Bev and Dave making up the large nesting platform. After we covered it with stones mud and sand, and it certainly looked the part. 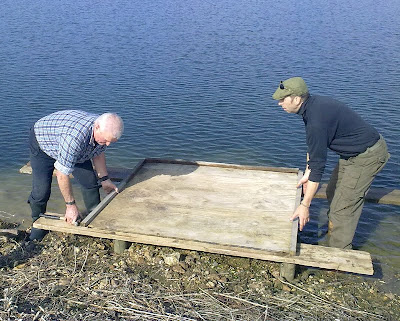 "Looks like Steve picked up on something calling here....drop tools and pay attention!" 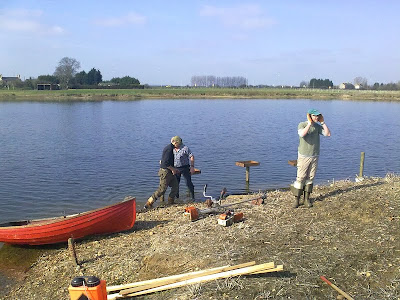 These smaller boxes were set up along from the main platform and hopefully will be a success. 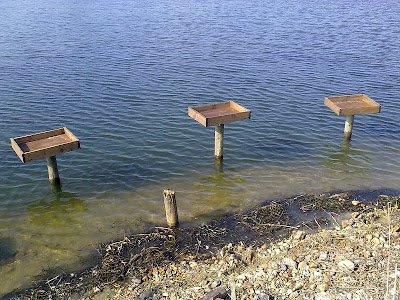 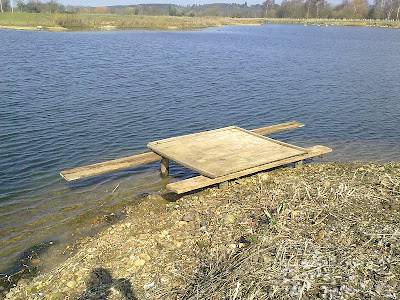 Yours truly proving I did get on the island !. Here Im gathering the cuttings from the vegetation ready to be burnt. 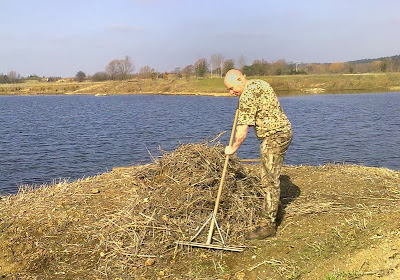 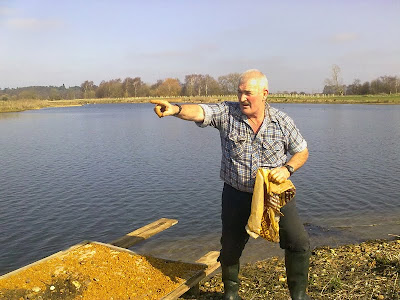 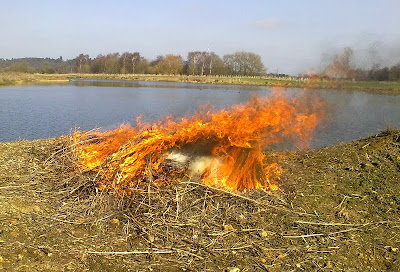 Should of brought some sausages along. 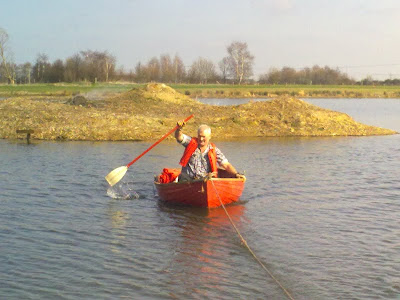 With the work completed and the island looking great it was time to bring "The Captain" back to shore.