I had been awaiting the arrival of these Ringed plover, it was only a matter of time before they graced 'Bev's Land', and whilst watching this pair another joined them and set things a stir with its display flight. But much too fast and jinking from side to side to get a shot though. 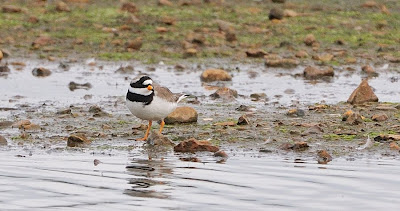 The original pair were content on resting up when I first arrived so were probably fresh in. The Redshank were not around though, but could be somewhere close by and may return. 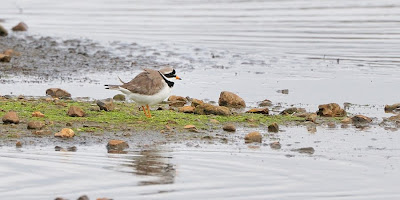 The Oystercatchers where still present and seemed settled enough still, so fingers crossed they stay and breed. The Green sandpiper was still roaming the lake too, and just the one present as far as I can tell. 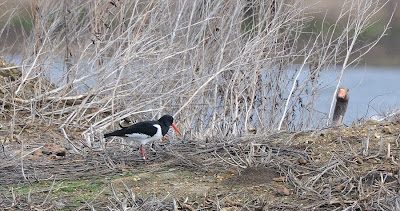 The Skylarks and Meadow pipits were still very active, and the Pipits were in a group of around six feeding in the meadow area and adjacent lake edge. On a few occasions they would sit up on the wired off area enabling me to get some record images before they darted back off into the grass to feed.
Whilst scanning the far side of the lake I spied a Stoat bouncing through the grass before it disappeared down a rabbit hole. 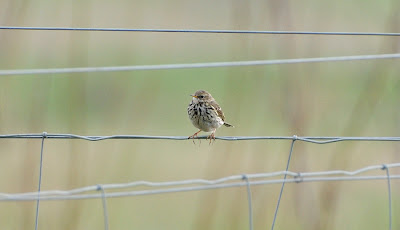 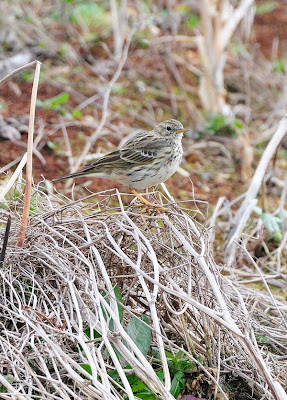 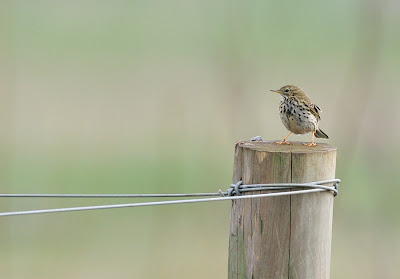