Rain rain rain and more rain. The end of April and I still haven't been able to do any mothing or much photography due to the weather and it didn't look like improving any time soon either. But I received a call from Bev telling me of the state of the Ivel river, literally it looked as though the banks were going to go. What is such a contrasting thought is that just a few weeks back the level was so low that the cattle got across from the Common onto Bev's land! 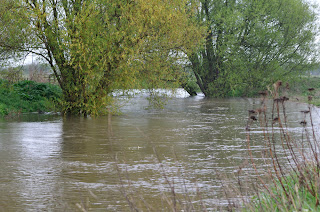 So with a smaller camera set up, I headed off to at least get a shot of the river for the diary. And my god was the level high, as you can see. And what is evident when you're there is that the lake and land is below the water level of the river. The Ringed plover nests were washed over now the lake levels had risen, but they were still present alongside the Little ringed plovers and Lapwings, now nesting further from the water line. 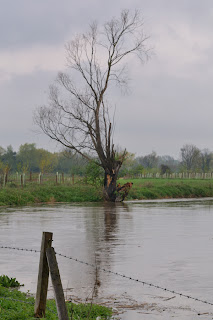 But despite the grey sky I was glad to of gone as I ticked off Swift,Sand Martin and House Martin. I had already seen Swallow there and now with the rising water the insects obviously were in abundance. The Sand Martins and House Martins were in the tens' of, and a handful of Swifts was a welcoming sight. So I went for silhouette shots as a record. 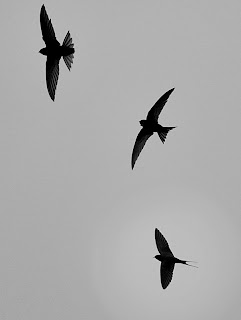 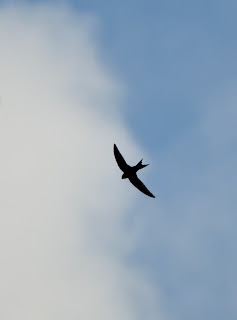 As I walked back to the car the weather took a sudden change and the sun shone through and I then noticed some small waders sat up on the scrape. A distant record shot gave up 3 Dunlin with another sat up with the Ringed plover a short distance away. With a rough estimation the site list for 2012 stands at 83 species.