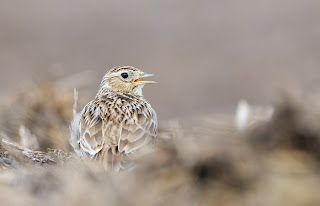 With a day of sunny spells, for a change, I headed off for a few hours to one of the local dumps. Nigel Blake was already there and had let me know what was about earlier. I left him to work with a Skylark whilst I headed to the opposite end just to make the most of the weather and grab some shots. 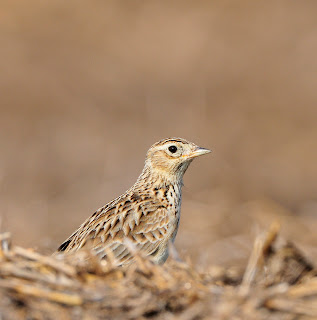 There was plenty of activity there, and along with the Skylarks singing high in the air, they were also in full song whilst moving along the furrows of the manure heaps. A couple of Corn Buntings put in some contrasting calls, they are such a bulky bird when up against Chaffinch and Wagtails. 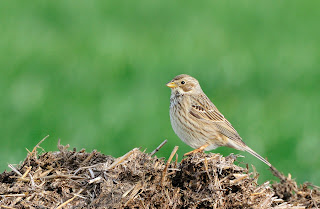 The Yellow wagtails were confiding at times and the rest of the time busily getting into scraps with rival birds. I love seeing the Yellow wagtails return, such a stunning bird, it would be nice to get a different 'Yellow' this year its been a while since the 'Channel and Blue' were seen. 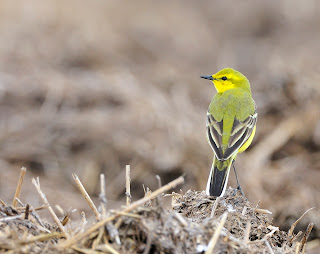 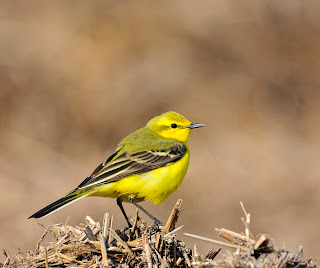 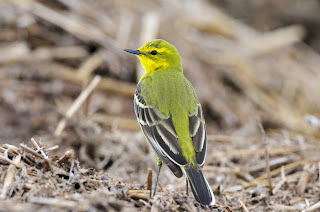 A lone male Wheatear graced the area where I was viewing and came close enough for a few shots, although it ventured off into the crop field for some time before returning. They seem a lot more laid back compared to the more energetic wagtails, more a sentry bird scanning from the higher mounds. 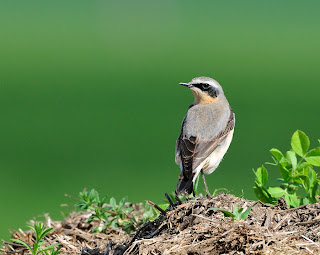 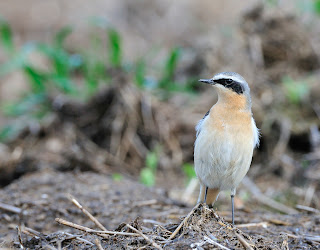 They make a nice contrast against the crop fields behind. 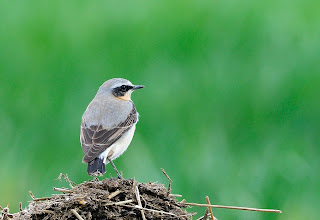 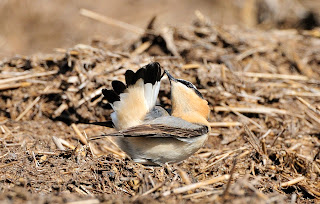 Time to clean up the tail feathers, it can be messy work moving around the middens. 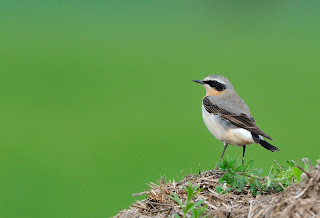 It was nice to get down to the middens again but the pending forecast is not looking great, so I was thankful to bag these, but rain or not I will keep an eye on the heaps just in case. 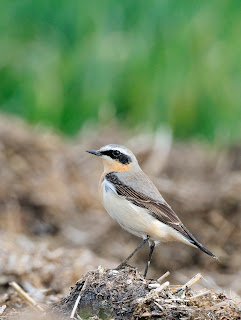